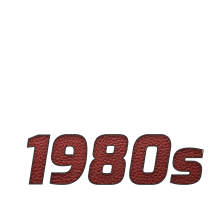 If you are looking for the best of the decade - 1980s, we can help you choose the perfect movie for an interesting evening.

A unique drama, the plot of which will certainly captivate you. The film is about a boxer for whom sport is his whole life. He received the nickname Raging Bull, because for him there are no barriers. The role of his coach is performed by his brother, who helps the athlete in everything. The protagonist is adamant and assertive. Despite the fact that many tried to force him to surrender to the enemy, he did not go for it.

But there are a lot of problems that befall on the talented athlete. He suspects his wife of treason, as a result of which he beats her. He also physically abuses his brother, who was only trying to help him. All this destroys the athlete's career, so he will be forced to give up boxing. When listing the best films of the 1980s, many will remember this particular film.

A very high quality comedy that will surely cheer you up. The film parodies the popular disaster films of the past decade. In the picture you will find literally everything: from sick children and nuns to black traitors. The comic effect is also due to the impeccable play of the heroes who seem to be playing in the drama.

Horror movie directed by Stanley Kubrick. The plot will make you look back at night. The plot tells about a writer who works as a security guard at a hotel. The part-time job was supposed to help him make money in order to finish his romance. He settled in the hotel with his wife and son, who did not leave due to snow drifts for five months. The main character is warned that the previous caretaker has gone mad, but the family does not pay attention to this. As well as the fact that their son has the ability to see the future and the past. Within a month, the main character notices strange changes. But everything turns upside down when the son enters the secret room. When compiling the list of “Best Movies of the 1980s,” it is simply impossible to ignore this film.

Raiders of the Lost Ark

Do you like adventures? Then the film will not leave you indifferent. The film also has fiction. Director - Stephen Spielberg. The basis of Lucas is based on.

One of the most famous films is Stephen Spielberg. This is not a cartoon, but a cute story equally likes both grown and children. The film tells about the boy who found himself an unusual friend - a very friendly alien.

Excellent comedy who won the seats of many. The plot is quite complicated. The main character is Michael Dorsey, who teaches the acting skills of Sendy. But the young actress fails the samples in the new series. Then Michael decides to change clothes as a woman and try to the role. Samples and in that he is a role in the series, concluding a contract for the year. And everything would be fine, if not that Michael falls in love with his colleague.

Once Upon a Time in America

A film about teenagers who live in the Jewish quarter. Teenagers who started with small robbery, as a result, become kings of the criminal world.

Everything happens in 1781. A film about two composers: Salieri and Mozart. The latter suddenly appears in the courtyard of the emperor to which Salieri serves. As a result, Salieri begins to hate Mozart. Feelings are so strong that the composer is ready for everything, just to destroy Mozart. If you have already revised all American films of the 1980s, we recommend seeing Amadeus.

Fascinating historical drama. The basis is the tragedy of Shakespeare. But due to the fact that the director is the Japanese, some adjustments were made to the plot. For example, the king shares its possessions between the sons.

A unique film that is removed based on the Book of Orwell "1984". Cab is also influenced. The film-anti-nightopia shows us the people of the twentieth century living in the state, which is absorbed by the bureaucracy and negligence.

Back to the Future

Marty falls in the 50s of the 80s. He meets his parents who are still studying at school. Intervening in the past, the main character violates the future. Therefore, he is trying to return all forces to all. By composing top films of the 1980s, it is necessary to make this one. You will probably like this fantastic film.

Continuing the list of films of the 1980s, we simply must remember the film platoon. The dramatic film tells about all the horrors of the War in Vietnam. Charlie Sheen played the main character. The film is very serious and sad, because the soldiers died during the war during the war.

But on this popular films in the 1980s do not end. One of the enough famous films is blue velvet. The main character is the young man Jeffrey, who has long left his hometown. But now he needed to return, because his father was seriously ill. Somehow the hero finds the real human ear next to the house. He immediately appeals to the police, but they are in no hurry to investigate the crime. Therefore, he takes about the case together with a detective daughter. As a result, traces lead them to drug dealers. And then the storyline splits. So you will have to closely monitor the resulting love triangle and criminal disassembly.

This is not a cartoon, but a comedian film that was highly appreciated by both the audience and film critics. Three times the film received an Oscar. Unique is that animation and lively game are successfully combined in the film.

You can also find movies taken in the 1980s in the thriller genre. After all, the films of this decade are very diverse, many of them are relevant and popular until now.