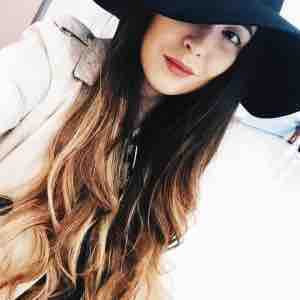 You can upgrade your account in our mobile app - all your benefits will also be available in Web version!

No movies added to Watchlistd

No Time to Die

Liked by Raters, Айтиматика and 3 others

Quite ok ending of Daniel Craig’s Bond series. I don’t have any expectations for Bondiana movies as for me everything good about spies was already created. For me 007 is about classy hero driving Aston Martin with nice music on the background and sexy ladies changing every episode. No surprises, no crazy plot turns, nothing that would make Bond movies to stand out. Classic action movie which became the same story over the years. But I don’t mind it

Liked by resid94, azar and 1 other

Visually it was superb. The costumes were spot on. Mysterious ambiance supported with the sound and whispers of the characters was well done. Everything was great except I didn’t get anything I guess reading the book would help but after watching Dune I can still explain very little to zero what was going on there

Liked by Iskenderov, turkan and 5 others

I think for the Friday night this movie is a go to as it has it all: great actors, easygoing plot and amazing visual atmosphere. It’s not a movie for serious thoughts, it’s just a light comedy/special genre stuff that you’ll enjoy for one time or two. I, personally, left the movie theatre with great feeling of joy and satisfaction.

Grown up dilemmas translated on kids’ language. Sometime touching, funny and educating about the core concept of our lives - finding purpose through destiny and inspiration. I feel like this is still intended for adults, yet it’d be fun to watch it with children

Liked by lizalevin269, Lala and 6 others

I’ve quite enjoyed first couple of episodes, but by the end there were some parts of the plot that didn’t really add any value(like the story with the host and his brother cop) though visually it was quite pleasing to the eye. I was personally very disappointed with the way the story was ended but it was worth watching series for one time. Extra note for the animation of the title at the beginning and overall signs throughout the series - very very cool

I mean, it’s a childhood memory refreshed into a modern story. It was really cool to come back, though you can feel that this movie is just a teaser to the future series of the story. All of the heroes are back, though the main actor is who knows who, i have no clue who is he in the universe. scorpion, my fav is amazing, others are fine too. The story is shortened, doesn’t go smoothly all the way, seems that it was cut quite a bit. However, must see for all the MK fans❤️

Murder on the Orient Express

That moment when pretty good cast gives you anticipation of something thrilling at the end but... The hope for great movie disappears with first appearance of Hercule Poirot - hideous acting and lame french accent made famous character just a huge fail. Extra star is taken for the fact that Poirot was Belgian. What can I say, everything Belgian doesn’t catch me.

Horrifying true story of the guy who spent around 15 years in freaking Guantanamo with no charges pressed against him. The feelings after Mauritanian are mixed as you feel that you’ve watched a great movie but the story is terrible. I feel sorry for that guy, but at the same time I keep thinking that he was given a chance to change his life with given scholarship. But he decided to join Al Qaeda, which, for me, was a wrong turn. What I’m saying is that his story is not that ‘clean’ for the country where the worst terrorist attack of all times has just happened. 9/11 is still a strong tragic symbol of terrorism. However, his certain life choices do not justify 14 years without any charges, definitely don’t justify torture and the entire Guantanamo story. This movie is like a reminder that Guantanamo still exists, still has people who might or might not be guilty, but who knows what happens to prisoners out there. Every time the ‘Guantanamo’ name is there you know the story will be bad. It is unfair story, extremely sad, yet I had the feeling that it was more about Salahi’s saviours who made his freedom real. Here we got again the glory of American honesty and dignity, suddenly understanding and empathetic judge, prosecutor who has changed his mind for the sake of religion and faith in humanity(though one of the victims of the terrorist attack that Salahi has potentially related to - his close friend). Among all this chanting of American heroes the main character is not that noticeable, even though the entire story is about him. Anyway, Mauritanian has strong cast, great acting, lots of intense moments and provokes lots of thinking afterwards. Definitely worth watching.