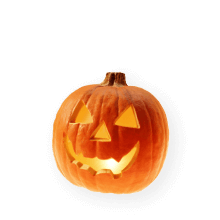 Planning to celebrate Halloween? Want to create an unforgettable atmosphere. We recommend watching movies about Halloween, the best of which we will tell you below.

This film was released in 1996. It was immediately highly appreciated by the audience, now it is considered a classic among horror films. Despite the fact that the director of this film made many more films, he is remembered as the author of the film Scream. The film grossed $ 200 million at the box office.

All the events described in the film take place in a small town. A psychopath comes to town and choses a young girl called Sydney as his next victim. He has already raped and brutally killed the girl's mother. Now he is hunting the girl. The first attack ends in failure, but the girl understands that she will be the next.

The police turn out to be powerless, because it is impossible to find the killer on the trail that he deliberately leaves behind. If you are looking for the top Halloween movies, this movie is definitely worth checking out. Unforgettable emotions are guaranteed.

When compiling the top 10 Halloween movies list, you should definitely add Get Out to your list. The film begins with a young photographer from New York planning to meet his girlfriend's parents. But this does not bode well, because her family belongs to the elite; they live in a luxurious country house. But the problem is not limited to the class difference. After all, the guy does not even suspect why he was actually invited. Remembering top movies for Halloween, everyone, without exception, will remember this movie.

The main characters are a couple in love who live in a cozy house on a hill. Once they went shopping by car. As they were walking back, a dog rushed under the wheels of the car. To save the animal, the girl abruptly twisted the steering wheel. So the car fell into the river, killing the couple. However, they did not immediately understand it. The lovers returned to their home, where they continued to live in peace. But no one noticed them, and over time a large noisy family moved into the house.

Further, the film Beetlejuice shows how the couple decided to get rid of unexpected guests and who helped them in doing this.

The plot of the film is very spooky. After all, it all begins with a six-year-old boy killing his adult sister. He undergoes a mental examination, as a result of which he is declared insane. After 15 years, he escapes from the hospital. He comes to his city to renew the killing of people. He has already chosen his next victim. Only the boy's psychiatrist can save her, because he knows him well.

If you are looking for top Halloween movies for family, we recommend watching Edward Scissorhands. He has become legendary for a long time.

The film is about an elderly inventor, whose life's work was the creation of an artificial man. He named him Edward. He is practically no different from a person. But the inventor did not have time to make his hands, because he died of a heart attack. Therefore, Edward was left with huge scissors instead of hands.

But Edward was very kind. Peg's girlfriend found him in the castle. She brought him to her house. The man quickly became attached to the new family.

But if you're looking for top Halloween movies for kids, check out Ghostbusters.

This film tells about the ghosts that live in modern cities. They are found in sewers, libraries, offices and apartments. Some of them are kind and harmless, and some are very aggressive and dangerous.

Young enthusiasts who create their own business that specialize in catching ghosts decide to fight them. They even have a kind ghost in their team, which helps in the fight against aggressive representatives.

In this film, the heroes will have to fight the most serious evil they have ever seen. But the film is not only about ghosts, but also about love relationships in a team. All in all, this movie is worth watching with the whole family. We are sure you will like it.

Continuing to list the top Halloween movies on netflix, we simply have to remember the movie Carrie. The main character of the film is a schoolgirl who constantly suffers from bullying by her classmates. At home, she also does not find understanding and peace, because her mother humiliates her. The girl more than anything else would like to live a calm life as a child, but this is not destined to come true. After all, she has a psychic ability. Strength grows every day. Therefore, she will soon burst out, frightening and pushing those around her. We recommend watching Halloween movies. After all, we have collected the best films in one place.

To get into the atmosphere of this day, we recommend watching the top Halloween horror movies. One of these films is The Exorcist. The film tells about three strange events that happened at the same time:

• Archaeologists during excavations find the head of an ancient demon;

• A priest's mother dies after being in a psychiatric clinic for a long time.

• The daughter of a young actress is possessed by a demon.

The woman turns to the priest for help. However, the priest can not stand it and dies of a heart attack. The second priest orders the demon to move into him. Without a doubt, if you are looking for movies to watch for Halloween, you will love this movie.

Finally, we recommend watching the imdb top Halloween movies, which you will also find here.