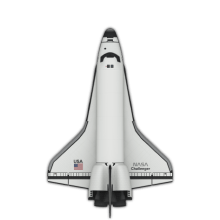 The topic of space and alien invasion has always worried people. Many films have been made on this topic. You will be surprised by the variety of plots and attempts to guess how the alien visit to Earth will end, if they do exist.

You have already seen many films about space. After all, this topic is not new in cinema. As a rule, aliens arrive on Earth with the aim of destroying civilization. But this topic has already become boring for the audience, so the directors of this film decided to make the film unusual and intriguing. The film begins with alien objects landing on all continents, which could be ships. The main character is a teacher at a university. She learns about the alien invasion from the news. Later, she is contacted by the colonel, who offers the woman to establish contact with aliens. After all, she is able to understand the language of aliens. But the heroine does not understand what a big responsibility the task that was entrusted to her is. If you love to watch space movies, be sure to check out this one.

We also recommend watching the best space movies on Netflix.

The events described in the film begin in September 1967. Then the USSR launched its first artificial satellite. The little boy Homer Hickam, who lived in a provincial town, learned on the radio that the satellite had been launched. From that time on, he only thought about space. He decided to build a rocket on his own to go into space. His father worked as a miner. The man wanted his son to also become a miner in the future. He was skeptical about the boy's idea of ​​becoming an astronaut. Despite the fact that the whole world was against him, Homer confidently walked towards his dream. Remembering the best space movies, many people recall this particular movie.

The main characters in the film are Dr. Stone and Matt Kowalski. The woman is a successful medical engineer, the man is a veteran astronaut. This is Dr. Stone's first flight, and Kowalski's last before retirement. During the flight overboard, a disaster occurs, as a result of which the shuttle is destroyed. So the main characters are completely alone. To survive, they have to move in complete darkness. They have lost any contact with Earth. The more time passes, the stronger the panic becomes. In addition, the supply of oxygen is gradually coming to an end. If you love exciting movies about space, you will definitely love this one.

The main character is Ellie Arroway. Her parents were killed. The girl devoted her whole life to science. As a result, she became one of the participants in the project to search for foreign civilizations. Thanks to her knowledge, the girl manages to pick up a signal from space. Having decoded the signal, the girl receives a detailed description of the flying device, which is designed for one person. The best companies in the world set about developing the device. Ellie decided to test him. She ended up on a previously unknown planet. As a result, the main character realizes that the planet was created in her mind by alien beings. If you are looking for good space movies, you should definitely watch this movie.

We suggest you watch top space movies. Hidden Figures was released in 2016. It describes the events that took place in the United States in the twentieth century. Then America wanted to bypass the USSR - to send a man into space. The film follows a group of African American female mathematicians who were destined to become essential elements of one of the most important operations in US history. It was these women who were able to perform all the necessary mathematical calculations in order to launch an astronaut into space. If you don't like space horror movies, but want to enjoy the romance of this theme, then this movie was made for you.

We have collected the best space movies of all time for you. This film tells how people tried to conquer space. Events take place in the twentieth century, when astronaut Neil Armstrong is about to land on the moon. What people only dream of has become a job for him. This film is based on a unique event for the whole world. Landing of the first man on the moon. The flight was made on the Apollo 11 spacecraft, commanded by Armstrong.

We also invite you to watch sci fi space movies. Interstellar is one such movie. The film is about a team of researchers who want to conquer new distances in space, as well as go beyond the usual boundaries. For this they use a new tunnel. If you love space travel movies, be sure to check out this one.

We also suggest watching space exploration movies. This is just such a movie. The film is three hours long. The story tells about a brave group of explorers who conquer space. The film is based on a famous TV series. You will definitely like the film, because it attracts not only with a fascinating plot, but also with excellent humor. If you are attracted to movies about space exploration, be sure to add this motion picture to the list.

When creating your own list of space movies, be sure to add this one there. The film begins with a group of astronauts going to Mars, where they set up a temporary base. There they plan to spend two months studying the new planet. But a violent storm begins on Mars. So the team decides to leave the planet. During the evacuation, the botanist disappears. The team decides that he is dead, so it flies away without him. But it turns out that the man survived. The next expedition to Mars is planned in four years, while the botanist has food left for a maximum of a year. Therefore, the astronaut must not only find a way to contact the Earth, but also survive until the arrival of rescuers. If you love space sci fi movies, you are guaranteed to enjoy this movie.