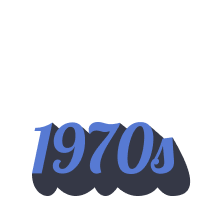 Today we will list the best films of the 1970s, which have long been legendary. They can be watched several times, and yet the plot will still be exciting.

Our list of the best films of the 1970s will start with the film "Apocalypse Now". The plot is built during the War in Vietnam. The authors of the script were inspired by Joseph Conrad’s novel "Heart of Darkness". The main hero is Willard, who was sent to the jungle to eliminate the colonel. He killed several Vietnamese and headed the detachment of local residents. The film shows a lot of strange events that pursue the main character. As a result, the hero is so confused in what is happening that it seems to lose relationship with reality. Martin Sheen and Marlon Brando played the main heroes of the film. The film received an Oscar for the best sound and camera work.

The list of the best films of the 1970s would be incomplete if it did not include the American movie "The Network". The film was directed by Sidney Lumet. The film is a caustic satire on television in America. The plot is based on the history of the Union Broadcasting System company. The film won four Oscars.

Recalling the best films of the 1970s, many call this film an American classic. This painting had a huge impact on the culture of the country. The film is on the National Register.

Want to watch movies of the 1970s? Look at the comedy "Animal House". The film premiered in New York. The producer is Matty Simmons. The script was inspired by the stories of Chris Miller that were published in National Lampoon.

This comedy tells about the conflicts between two fraternities in the Farber University campus. It pioneered comedy as a genre, becoming one of the most financially successful films of the decade. But you must be prepared for the fact that the film contains vulgar jokes and outhouse humor. The jokes that occur in the film significantly influenced the type of humor that was later used in the films.

Love 1970s American films? Be sure to check out Chinatown. The film was released in 1974. Empire Magazine ranked the film in 13th place, compiling a list of the 500 best films. The film also entered the US National Film Register.

The main role - a detective from Los Angeles - is played by Jack Nicholson. He begins to investigate the secret romance of the husband of a mysterious beauty, who turns to him for help. As a result, the protagonist is faced with many intriguing scandals, conspiracies and lawlessness. The whole truth about what happened becomes apparent only after the discovery of her husband's corpse.

It is immediately clear why this film got into the top films of the 1970s. Director of the film - Woody Allen. He also played the main character. The film was released in 1977.

The film tells about the romantic relationship of one pair at different stages. The history breaks a variety of comedy inserts, which are memories of different characters.

There are also films of the 1970s for young people. The film tells about graduates who decide to spend together the night. You will enjoy not only a saturated plot, but also the cast. All actors are young talents, thanks to which the film looks very easily and unobtrusively. This film received a huge number of awards, the film critics were positively appreciated.

If we talk about what popular movie genres in the 1970s, it is worth remembering and drama. One of the best is "Shampoo". The events described in the film occurred in California when Richard Nixon and Humphrey fought for the presidential chair.

The main character is a hairdresser trying to get a loan to get his own business. As a result, one of his friends introduces him with his husband, who is a successful investor. The latter decides to think about becoming a sponsor of the idea.

The main character has numerous love connections, in connection with which it falls into many confusing situations. From this there are numerous problems with his girlfriend.

Close Encounters of the Third Kind

Do you like fiction? Then you like this movie. The scientific fiction film saw the world in 1977. The script wrote Stephen Spielberg. The film shows a meeting of earthlings with aliens. The film was put forward to the Oscar in eight nominations.

This film liked the audience so much that more than 300 million was collected at the box office, while the painting budget was only 20 million.

This film was shot by a talented screenwriter George Lucas. On the screens it appeared in 1977. This film is the first in a franchise, which is part of the trilogy.

Initially, no one thought that this film could be successful. But the film, whose budget amounted to only 11 million, was able to bring half a billion. "Star Wars" can be considered one of the most successful films in the entire history of cinema.

The first film introduces us with the characters: Lyuk Skywalker, Ben Obi-V. Kenobi and Han Solo. If you lack adventures, we advise you to watch this exciting film, the plot of which is built on the salvation of the princess from the antagonist.

Fascinating thriller Spielberg. It is written on the reasons of Benchley's novel. The plot is quite terrible and capturing: the main villain is a shark, which hunts people, holidays on the island. It makes the sheriff hire hunters for sharks and the oceanology kill the shark.

This is a qualitative drama of the speeding, which received many awards. For example, a gold palm branch. The main character is a veteran of war - Robert De Niro plays. It works as a taxi driver and in parallel goes crazy.

Famous film about gangsters. He was highly appreciated by the American Institute for Cinema. Critics called it one of the best films in the entire history of the existence of cinema. This film constantly falls into the list of the best paintings. In the 1960s, high-quality horrors were also filmed, which would definitely like to rip the nerves to lovers. You will also find interesting cartoons that like both adults and children.